what going on?
18K Vistas

The Criterion Collection presents the uncut Videodrome in anamorphic widescreen (1.85:1) and in its original monaural audio (1.0). The film comes with two audio commentaries, the first with director David Cronenberg and cinematographer Mark Irwin, the second with actors James Woods and Deborah Harry. Ccronenberg has always been one of the best commentators, and his work here is excellent, as he offers some insight into the scripting process and his feelings about the movie (then twenty years on), while the Woods/Harry track is a little more friendly, but Woods is a smart guy, and he loves this film. All the supplements are carryovers from the original DVD release (right down to the packaging design), so there’s also “Camera” (7 min.), a short film Cronenberg made for the 25th anniversary of the Toronto film festival with Videodrome co-star Les Carlson. This is followed by the special-effects documentary “Forging the New Flesh” (28 min.), created by video-effects supervisor Michael Lennick, which interviews Lennick, make-up artist Rick Baker, physical effects supervisor Frank Carere, make-up effects crew member Bill Sturgeon, location manager David Coatsworth, and also includes vintage interviews with Cronenberg and Woods. Next up is “Effects men” (19 min.), which consists of audio interviews with Lennick and Baker. In the “Bootleg Video” section, the video footage included in the film is shown uncut: “Samurai Dreams” (5 min.) features commentary by Cronenberg, and a second audio track with Lennick and Irwin, who provide the sole track for the “Videodrome” footage (7 min.), while Lennick goes solo on the “Helmet Cam Test” footage (5 min.).

“Fear on Film” (26 min.) is the most intriguing supplement, collecting Cronenberg for an interview with fellow directors John Carpenter and John Landis, and it’s hosted by future director Mick Garris. Though it holds more promise than it delivers, the topics of conversation are reasonably interesting, and just the collision of these three minds is fascinating, even if there’s not enough overlap of them talking. Also included are three trailers, a vintage “making-of” spot (8 min.), and extensive stills galleries. What unfortunately is not included are the cut scenes which were used for television screenings, which were not included on the previous release, but I understand why those are being ignored. This is a year-end contender for best Blu-ray. 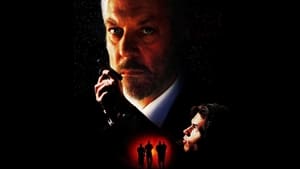