The famed Ivy Ling Po (Temple Of The Red Lotus) stars as a mysterious swordswoman dedicated to keeping the five volume “Five Generations Fighting Methods” kung-fu manual out of evil-doers’ hands. She joins Ling Yun, star of The Iron Buddha, who plays a hero known only as the Roving Knight to fight, train, then fight again — facing such characters as The Six-Armed Giant and The 1000-Cut in this action-packed adventure. 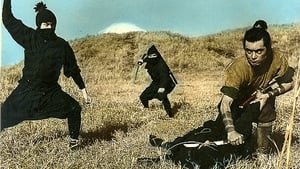