Tai Hsiao-yao is a chivalrous robber nicknamed The Golden Lion, and his reputation of skilled swordsmanship has earned him the jealousy of Wang Ching-tsao, ringleader of the rival Crimson Shirt Gang. Wang and his men ambush him one night, but Tai manages to escape to his friends place. While his friends are skirmishing in the distance with Wangs gang, Tai (who has been hidden behind their hut) is discovered by a magic doctor who notices not only his wounds but a serious intestinal disease which needs immediate treatment with proper herbs. So with the help of his son and daughter, the kind-hearted doctor Lu puts Tai into a mule cart and they set off for Lu Pang Mountain in search of the herbs.

Wang Ching-tsao eventually discovers where his enemy is, and after pillaging a town in Tais name, sets off for the mountain. By now the law is after Tai as well, and the doctors unscrupulous nephew Wu Chun sells information concerning their whereabouts to the enforcers of the law. But the information is no longer valid since Tai by now has been kidnapped by Wang and his gang. Doctor Lu and his friends succeed in rescuing him, and again they set off for the mountain. This time Lus son becomes disgruntled and turns perfidious; he joins Wu Chun, and the pair link up with Wang and his gang. Meanwhile Tai, who is very ill indeed, is left in the hut of Lus faithful servant so the others can fetch the herbs more speedily. The doctors son and nephew intercept the doctor and his entourage, but in the end the son cannot kill his own father so hex turns his sword on his cousin before dying himself.

Lu and his daughter return with the wonder herbs only to discover that Wang Chungs place has burned to the ground and that Tai has been kidnapped again by Wangs gang. After a terrible battle, Lu and friends rescue Tai, but at the height of the battle, Wang is attacked by an intense pain: the insidious disease of his captive has infected him. He begs Lu for the treatment and the generous Lu agrees. Wang, as soon as he is cured by the wonder drugs, hurls poisonous sand at the doctor and steals the herbs from him. But he doesn’t get far before he meets the doctors daughter and friends who manage to kill him and recover the herbs. Tai recovers from his illness, and vows to mend his ways: he resolves to work whole-heartedly for the doctor in fighting evil. 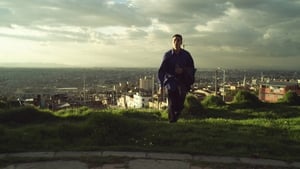 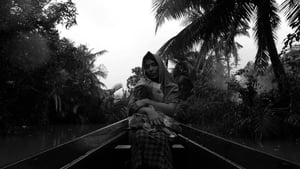 Mula sa kung ano ang noon (From What Is Before)