Eunuch Gui Dehai avoids assassination and extracts a most bloody revenge on the royal family. This revenge extends to the absent Prince and the Eunuch sends out men to find and kill him. Fortunately for Prince Chuchin, a fake kidnapping and cry for help draws him after the Leisurely Old Man of the Green Bamboo Forest (a legendary pole fighter) and thus he is under his wing when Gui’s men come. At the same time Gui is having a surprise as his father turns up after 20 years to tell him he has a daughter. Knowing that such information would hurt his standing even though it occurred before his castration, Gui kills his father and seeks to have the girl killed too so that the secret may be hidden. Fortunately for Yanyan, she is rescued by the Old Lady of Green Bamboo Forest (herself no slouch with the bamboo pole). Husband and wife come together with their new students and set about helping train them up to take revenge – although what that actually means may be different for each of the two students.

En nombre de la ley – In the Name of the Law 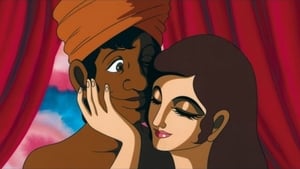