The late Ming Dynasty is the time period when the influence and power of the court Eunuchs are at their peak. One in particular is Wang Zhen (Lau Wing), a vicious martial arts master who has distracted the weak-minded young Emperor with an endless supply of concubines to sate his passions, while plotting to seize power for himself. Loyal to the Emperor is Zhao Wiyi (Guk Fung), captain of an elite force of swordsmen known as the Brocade Guards (AKA the Imperial Court’s “Secret Service”). Their task is to squelch rebellion, hunt down traitors, and uphold justice. No one believes in this more firmly than Wiyi’s son and the Guard’s first sergeant Zhao Bufu (Leung Kar-yan). After the disinterested Emperor appoints Wang Zhen as his chief administrator in charge of all affairs, Wang orders the Brocade to hunt down three heroic loyalists who oppose the Eunuch. Reluctantly, Wiyi orders his son to carry out this order, but Bufu ultimately rebels. Wiyi is forced to order the death of his own son and Bufu must confront the entire Brocade Guard as he makes his escape with his wife and child. Wang Zhen’s influence is far-reaching and leads to calamity for Bufu’s family and clan. Stripped of nearly everything he holds dear, Bufu vows to kill Wang Zhen or die trying. 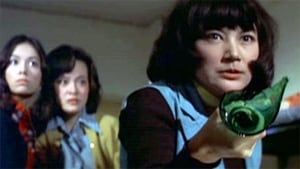 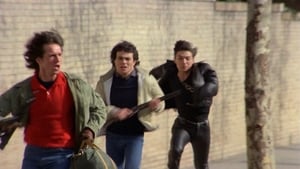