FIVE TOUGH GUYS (1974) is a Shaw Bros. kung fu film with a solid cast and suspenseful storyline and a most unusual setting for the genre. It’s China in 1916, when civil conflict is afoot as military leader Yuan Shi Kai is trying to get himself crowned Emperor in Beijing. General Tsai Song Po, a key leader of the resistance, is at large and eager to reunite with his troops in Yunnan. One of his aides (Frankie Wei) recruits three martial artists to help escort the General (Ling Yun) out of Beijing and past the watchful eyes of the government’s security forces, led by Chief Hung (Ku Feng). On the way, they pick up a kung fu-fighting Beijing University student (Wang Chung), raising the number of men guarding the General to five (hence, the title). They have to find a way to Tianjin to get the General on a ship to Yunnan even as Chief Hung recruits a band of fighters on horseback led by Scarred Tiger (Wang Ching) to try to track the fleeing General on the back roads. At some point, the Japanese get into the act to help out Beijing’s government and bring in a judo expert (played by Japanese wrestler Omae Hitoshi) to try to stop the General and his party.

It’s very suspenseful, as there are quite a number of fights along the way, culminating in three major kung fu bouts involving multiple combatants in the last half-hour. The question of why the pursuing troops, many armed with rifles and pistols, just don’t shoot the “five tough guys” certainly comes up and is never adequately addressed, although it’s never as big a problem here as it was in such World War II-set kung fu films from Shaw as SEVEN MAN ARMY and NAVAL COMMANDOS.

The strong cast is led by Chen Kuan Tai (BOXER FROM SHANTUNG), playing a rich man and powerful fighter who joins the group out of a sense of righteousness; Frankie Wei as the general’s aide; Fan Mei-sheng as a former escort chief from the days of “security bureaus” who sees this job as one last burst of old-school glory; and Wang Chung as the student eager to help. The fifth of the title five is Shih Chung-Tien (aka Chun Tin Se), an actor who’s unfamiliar to me, even though I’ve seen many films listed on his IMDb filmography.

Ling Yun plays the taciturn, dignified General Tsai. Ku Feng, always a formidable Shaw Bros. opponent, plays his opposite number, Chief Hung. At one point, the two face each other with bemused expressions as they watch their men fight each other and Ku Feng likens it to a chess game, saying, “I have more pawns than you,” to which the general replies, “But mine are more useful.” The hapless Cheng Kang Yeh plays a lowlife police informant recruited to impersonate the general at a key point. The only significant female role is held by Lily Ho (THE JADE FACED ASSASSIN) in a glorified cameo as a beautiful “courtesan” who helps out the general. There are plenty of other dependable Shaw studio performers among the large army of men trying to stop the general.

There are a few notable contrivances, but the film moves well, has plenty of fight scenes, tells a good story with a historical background, and ultimately delivers the goods. I had to look up Yuan Shi Kai on Wikipedia to figure out that the film is set in 1916. (The cars look like they’re from the 1940s.) He’s a key figure in Chinese history of the early 20th century and is a presence in the film, although seen only in shadow. The kung fu sequences, however, seem to be an invention of the screenwriter, I Kuang, the prolific Shaw Bros. house scribe.

Director Pao Hsueh Li is credited as co-director with Chang Cheh on some classic Shaw titles, such as BOXER FROM SHANTUNG, THE WATER MARGIN, and MAN OF IRON, all reviewed on this site. However, when he went independent in the later 1970s, the results, including EIGHT ESCORTS, BLOODED TREASURY FIGHT, and REVENGER, all also reviewed here, were just not as good. 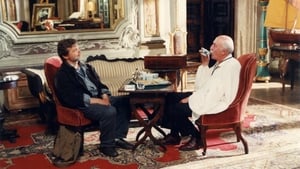