what going on?
2K Vistas

In Osaka during the Edo period, ruler Sanada Yukimura was in losing position, fearing Toyotomi’s blood descendents would end, he impregnates one of five Shinano female ninja with the seed of Toyotomi Hideyoshi in hopes of continuing the bloodline. Princess Sen and the five female ninja escape from Osaka castle by blending in with the handmaidens. Lord Tokugawa Ieyasu who was supposed to rule all under the heavens was informed of this secret. So Ieyasu orders five samurai of the Iga Ninja clan (brought by Hattori Hanzo) to stop the Toyotomi bloodline by killing the Kunoichi ninja. An attack of ninja magic arts unfolds in a battle of the sexes. 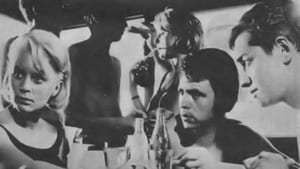