Novelist Haruki Murakami has always refused to sell film rights to his books, but he did allow indie pioneer Yamakawa to adapt two of his stories as short films in the early ’80s. This was the first, the one about two existentially hungry labourers who ‘get in character’ to rob a baker’s shop. But the communist baker outwits them: if they’ll agree to listen to a Wagner opera, he’ll give them all they can eat. They dubiously buy this deal, but later find their real ‘hunger’ still gnawing at them. All of the story’s political and moral ambiguities are present and correct. It’s brilliantly witty in both performance and film language; the sequence with future star Muroi as a customer hesitating between a croissant and a bun is not far off sublime. 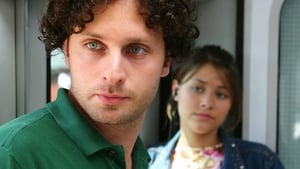